It’s NOT a Damned “Stream” 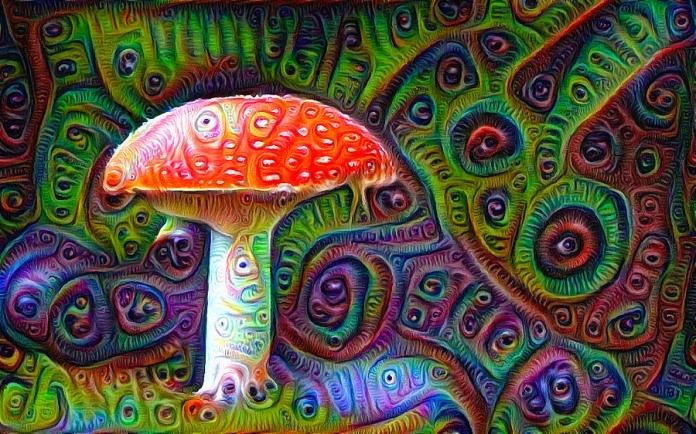 We strive to harness our thoughts so they resemble the linear clarity of the written word. Concise segmentation is a presupposition of rationality. We toil with the futility of Sisyphus, however, to reproduce the chaotic bric-a-brac of our inner lives by these same means. An asymmetric relationship exists between them. Consciousness is, beyond certainty, the most inexplicable phenomenon in all of existence. Just as the essence of Rachmaninoff’s piano concertos cannot be captured with oil paintings, the ineffable nature of consciousness eludes transcription to markings on paper.

If only this asymmetry had served as a deterrent, a grim sentinel barring entrance to all. Instead, it has inspired waves of scribblers. The history of the written word is as checkered and stained as a tablecloth at an Italian wedding, but the darkest blotch by far is the reviled literary technique known as stream-of-consciousness writing, where normal rules are dispensed with to provide the reader with an allegedly perfect view of a character’s inner world. That this migraine-inducing stunt has been attempted is not surprising. To a modest extent, most writing hopes to frame images from that strange land within. What is objectionable can be divided into several parts, the most serious of which is the Reader’s accusation that I employ the notorious gimcrack.

First of all, stream-of-consciousness is a misnomer based on a stillborn metaphor. It is far from clear what, if anything, consciousness can be likened to, but a stream is preposterous at best. The non-linear, too-many-things-happening-at-once nature of it slays this metaphor in its cradle. Cleary, an overwrought writer coined the phrase, not a philosopher.

Another metaphor submitted for the Reader’s contemplation: consciousness is a chaotic gaggle of geese. They rarely fly in unison. Some fly north as others go south. Their characteristic feature is a perpetual state of commotion, not unity or linearity. Indeed, the only sense in which they are an undivided unit is conceptual. It is convenient for us to speak of them as a single entity, just as it is convenient for us to speak of “consciousness” rather than the motley flock of ideas, sensations, memories, and all manner of what-nots perpetually fluttering about inside our heads.

Second, we are inclined to believe that our language mirrors our thoughts, from which it appears to follow that language can paint accurate pictures of them. In fact, it is the latter that occasionally mirrors the former, simply because we are often forced to think according to its rules. This does not work in both directions. Thoughts are lawless gangsters roaming a wild frontier, behaving themselves only when the sheriff is nearby. 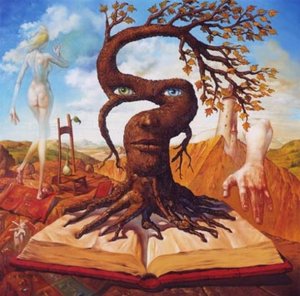 Does this explain the pretension of forgoing the rules of language to unveil the nature of consciousness, its very mirror image, page by page? Nay, a realistic account goes as follows. Twentieth century writers, unable to compete with their betters from the eighteenth century, resorted to all manner of shenanigans. Their rationale was simple: in lieu of a good book, stupefy the reader, confound and disorient him, induce in him a profound sense of his own stupidity and unworthiness and he will be unable to stand in judgment of your masterpiece. After all, not understanding something is an admission of ignorance. Contrariwise, through feigned understanding and enjoyment of inscrutable tomes one joins the esoteric enclave of the cognoscenti.

One reason we turn to great writing is to free ourselves, however fleetingly, from the burden of consciousness with its peculiarities and uncertainties. A good book offers us a glimpse of a fabled world where effects can be traced to causes, conclusions follow from premises, complex situations have a unifying meaning, and a moral can be derived from any bundle of circumstances. Now why would a man pick up a book whose contents are more incomprehensible and higgledy-piggeldy than consciousness is in the first place?

The Reader’s accusation that I used the abhorrent gimmick in Part IV shall not stand. What need have I of experimental techniques? The following formula is the only one my purely Objective narrative follows: 1) X happened. 2) I write that X happened.

Regarding the passage in question: one moment I spoke with a set of comely twins, hoping to initiate an act of libidinous redundancy with them. The next moment I dreamt of a zebra drowning in a lagoon of jelly. Then I awoke beside Sandy. How much more clearly, how much more objectively could this have been conveyed? Would the Reader prefer a timeline, a flowchart perhaps? If he wishes, he may return to the sequence that so befuddled him and number (with different colored crayons) the events one, two, and three respectively. 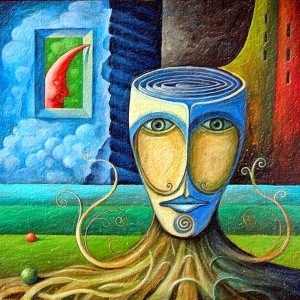 Regarding other parlor-tricks the Reader suspects I foisted upon him: the oil-slick simile provided a consummate description of intoxication. If the Reader has a superior one he should send it to my publisher and we will incorporate it in the next printing. I shall not hold my breath.

And the hyperbole used to describe my hangover? Given its ferocity I am scarcely convinced my description was exaggerated. Instead of brandishing baseless accusations, the Reader should take comfort in my principled refusal to stain my hands with any modern ruses. Imagine every thought expressed throughout my annals appearing and dissolving, just to make the sophomoric point that consciousness per se is an oily puddle. Clearly some gratitude is in order.

To diagnose the cause of the Reader’s inappropriate attribution, we need look no further than the septic standards of contemporary writing. Lobotomized by intellectual lacerations from an onslaught of pulp regarding lawyers, serial killers, wizards n’ witches, family sagas, and celebrities, the Reader became unduly dazzled when confronted with the scintillating, but not experimental, prose of Part IV. All is forgiven. And what an excellent lesson has been learned. The freak shows of modern books cannot compete with the Big Top of Truth.