Hidden among the caves stands a temple, its ice-white walls and ceiling pocked by 11,111,117 holes.* By the light of torches blooming orange blossoms its monks contemplate the packets of emptiness. Paper-thin rock demarcates one from another, slivers of geometric perfection. One circle is a miracle; millions are a conspiracy. If the monks wonder who made them they do not ask it aloud. Questions are not conducive to enlightenment. Petronius Jablonski asked too many when studying here. He wishes he could un-ask them. 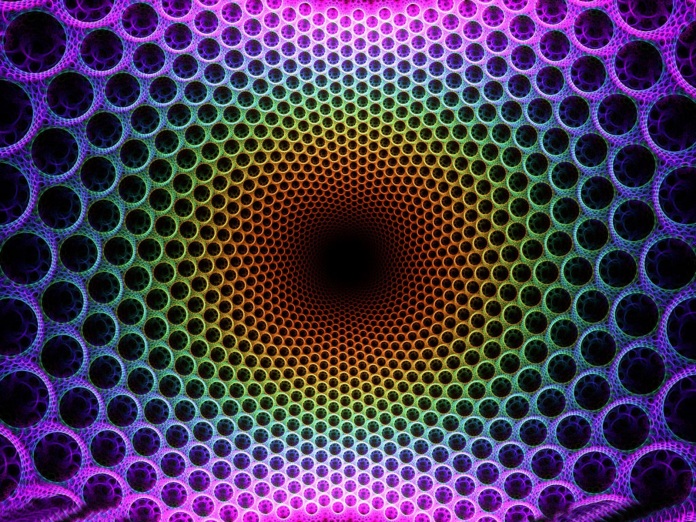 Like any tradition, the commandment of silence evolved for the purpose of survival, perfected by the architect of trial and error over a span of centuries. Like all commandments, few obey it. A zealous monk once asked would it change the nature of emptiness if the holes were smaller, larger, shaped differently, or if the dividers were removed altogether.

His master refused to answer. The monk persisted until the master said you cannot alter the nature of emptiness. Disputation is irrelevant. The very question is a distortion. To address it is to dignify ignorance. There are no good questions. Ask and you fail.

Other monks stirred, wrested from their silent vigils. The uncanny appearance of the tiny holes made them uneasy. If the truth is to be found here is it worth having? Perhaps they wondered what would become of them if the creator of the ancient hollows returned. The zealous monk proclaimed that a lack of borders would mean a lack of holes, ensuring the presence of True Emptiness unmediated by illusory boundaries. 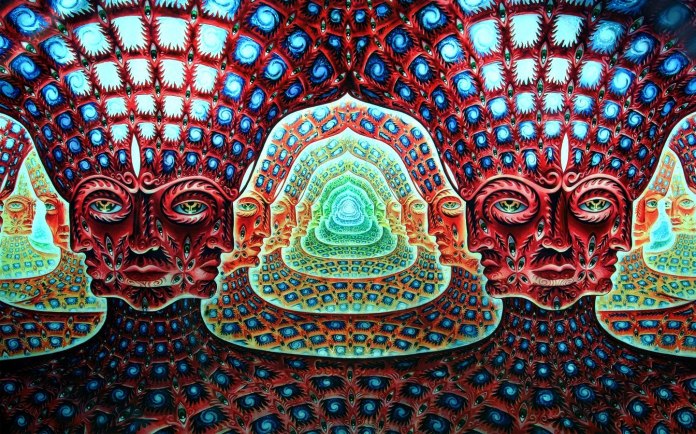 The master said the borders were neither illusory nor arbitrary nor did this mean they existed of necessity, but it was too late. It is easier to prevent heresies than to suppress them. The master banished the inquisitive ones and they formed a rival sect and searched the mountains and found a cave with no holes and consecrated it in the name of true emptiness and began their own meditations.

Soon a monk among them asked if contemplation in darkness was superior. Surely the light of torches desecrated the emptiness. And how could they disagree? By rejecting the teachings of their predecessors had they not dissolved the protectorate of tradition itself, making all boundaries deserving of disregard? They expelled the heretic and his followers on utilitarian grounds, if those can be described as “grounds.”

No sooner had the apostates found a cave when one of their own asked why there needs to be a temple at all. Could they not contemplate the emptiness of space? And he and those similarly persuaded roamed the countryside by night. And like all sects they were soon divided hydra-style by more inquiries. 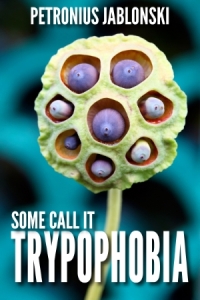 In the Temple of 11,111,117 Holes a novice lights a torch and enters the gaping mouth of the cave and the holes consume him. Each step requires great effort as though against a strong wind or into a place of great danger, its nature unknown and perhaps unknowable. In the center he stands and takes deep breaths before looking up into the millions of black eyes watching him, dissolving him.**

This is when the greatest fortitude is required. Many before him lost their nerve, never to return, not free of emptiness but haunted by it. He regards the thin membrane separating one hole from another, its nebulous and transitory nature, as if existence is less substantial than nothingness. Paradoxes and riddles overwhelm the feeble abacus behind his eyes.

Some monks use a walking stick to steady trembling knees and accommodate greater depths of thought. Others criticize the practice, saying the holes would never give a monk more than he could tolerate, that to artificially enhance indulgences is a crime against nature. Brethren of the Stick say it is more unnatural to ascribe intentions to the holes. A third group dismisses both on the grounds that naturalness has never been established as a criterion of contemplation. 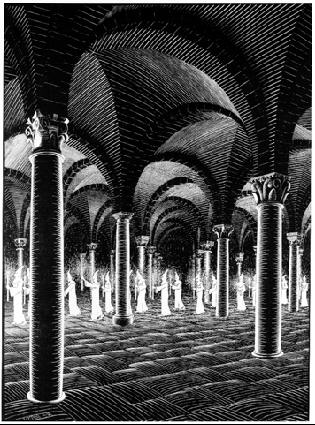 The novice’s teachings may not be sufficient for enlightenment but they are all he has. They seemed profound when the master spoke them. In the center of the temple they are dreams of shadows compared to the holes in themselves.

By what measure is Something preferable to Nothing? Which is more fundamental? How could the first Maker have pronounced his concoction of Something “good”? Compared to what? If the proclamation entailed its own truth, the pre-existent void could have been affirmed instead. Unless His very essence is good and all manifestations share this intrinsic nature. Or is it the gratuitous nature of primary causation: that which is ontologically self-sufficient has nothing to gain from anything contingent.

Does the novice understand the teachings? Are they meant literally or as detonations to destroy the rigid tracks of his thinking? How are you supposed to know enlightenment when you find it? We’ve all been wrong before.*** 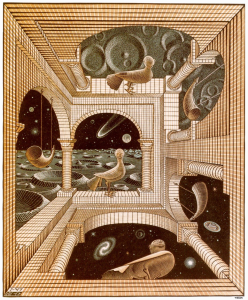 The monks were stunned when the author told them that perception of many holes, when accompanied by dismay, is considered a form of derangement in the West. They said, contrariwise, to respond with anything other than awe and terror is proof of spiritual poverty. Even animals who have wandered into the temple have been overwhelmed, incapable of leaving on their own.

One monk suggested that meditating on less than 11,111,117 holes was the problem. Others chastised him, saying it was not the exact number but what it manifested. The monk stood firm on the ground that the number of holes in the temple could not be irrelevant and a new order was christened. Removed from the temple they meditate upon the number in the abstract, to the extent that it’s possible, for no tooth is sweeter than idolatry.

One novice confided to the author that you cannot find God in a temple cluttered with icons. He said the emptiness acted as a conduit or channel but would not discuss it further. He feared, not only the origin of new heresies, which this Western idea surely is, but being forced to leave the Presence.

Parallels between these monks and the Sentinels of the Chandelier defy coincidence, a theme of Schrodinger’s Dachshund: A Novel of Espionage, Astounding Science, and Wiener Dogs. 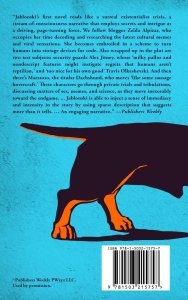 Enlightenment should come with a list of debilitating side-effects. Jablonski revolutionized Western thought via tangents and asides during the greatest road trip since Homer, unveiling the paradigm-shattering contributions of Petronius’ Shovel©, Petronius’ Blender©, Schadenfreude Before-the-Fact©, Quietude©, the Mushroom of Consciousness©, and Petronius’ Garage©. They take their rightful place in the pantheon above Occam’s dull Razor, Plato’s much-ballyhooed Cave, Aristotle’s overrated Golden Mean, and Russel’s leaky Teapot. What price did he pay for these discoveries, to bring you Enlightenment? His Faustian bargain is chronicled here. 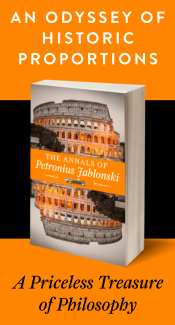 * The location has been redacted as a condition of spending time with the monks. The precise number of holes is disputed. It is said there are 11,111,119. A rival sect keeps a respectful silence on this question since both numbers are joined by an imperishable and mysterious bond, separated by an insubstantial divider.

** Another schism arose from the suggestion that each hole divided the conscious essence of the observer. To stand in the center is to recognize how one’s soul is composed of 11,111,117 lesser parts. Consequently, the unity of consciousness is an illusion. When the author studied with the monks the controversial teaching had yet to be extinguished. Another subdivision has subsequently branched off. It treats the number 11,111,117 as symbolic of infinity, not the exact number of soul-parts. They do for the soul what Zeno did for motion.

*** The author was scolded for asking these questions, though other novices admitted being dumbfounded by them. The master said they bespoke arrogance and narrow-mindedness, ignoring why emptiness is contemplated: the Void “existed” prior to creation and will survive it for all eternity. These holes, a sacred number of partitions of the void, do not render it comprehensible but more manifest. Your “understanding” of it is irrelevant. It is not here to entertain or be comprehended. Your enlightenment has less importance than grains of dust on the moon. Forming a new sect to accommodate every question isn’t the answer. There are no answers. There is only silent contemplation of the holes. 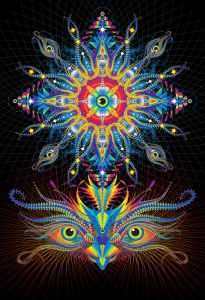 After a night of Observance, a monk and I watched crimson guts spill from the belly of the night. “If you write that Ramanujan was here we won’t confirm or deny it,” he said.

“His name was in the guest book. Did it facilitate his mathematical insights or inhibit them?”

“Fireworks of equations filled the holes, but he had trouble focusing on one at a time. He denied fainting. Said he tripped.”

“So which is foundational, numbers or Nothing?”

“Nothing is an illusion. The persistence of numberly existence — regardless of what happens to the physical universe — proves there’s no such thing as Nothing.”

“Even in that ontological darkness the mysterious truths of math and logic and geometry would glow with life like bio-luminous creatures of the deep, keeping Nothing forever at bay.”

“Rumors persist that the Pentagon is developing weapons and interrogation methods in Operation Temple. These pictures were allegedly taken by an an agent and shared with his girlfriend shortly before his untimely death in a motorcycle accident.”

“The Holes are neither good nor evil in themselves. Evil men can make evil out of anything.” 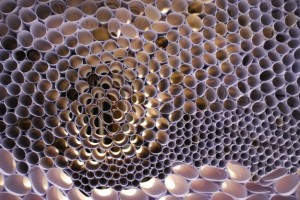 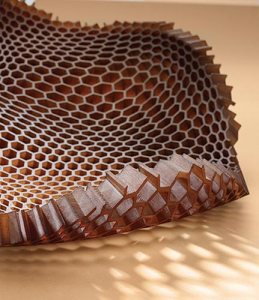 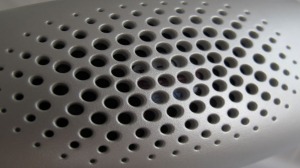 Ask Your Doctor About Tryposoothe. NOW!

Eyes of The Lotus Pod