You Look as Strange to Them

Living periscopes ascend, vindicating intuitions that they’re not mere plants. Examine the elongated totems like some chess master absorbed by a whirlwind of counterfactuals. Only they are not pieces in your game. You are a pawn in theirs.

Minutes assail you, warriors to be killed one at a time. The pink froth of the sunset drips down the pods, sending their dark affinities squirming toward your feet like mutant apprentices deployed to ensnare. Purple eyes watch yours watching them watch yours. Follow the regress. Pretend you have a choice.

One inference attains solidity. Lotus Pods are security cameras. Placed here to observe us. To observe you. Conduits of a Power more primal and remorseless and inscrutable than gravity, their segmented eyes gander not with indifference but affects unnamed by any human tongue. To what Mind do they connect? What dark soul presses against those convex windows?

Remember something. You look as strange and vile to them. A narcotic called Routine stupefies you until bizarre things elicit a yawn. If you took the shears and made a deep incision across your abdomen you’d be forced to agree the contents are every whit as grotesque and unfathomable as the ghastly plants. Almost. Your hypocrisy is audacious. You arose from the happenstance conjunction of two cells and grew in the dank hollow of another creature before being ejected in a protoplasmic discharge; you spend your days chasing the wind on a rock lit by a distant conflagration of gases, gnawing the flesh of your fellow entities for sustenance, yet you dare to point an accusatory finger at the lotus pods?

Leaves grow between the minutes, entangling them, impeding whatever it is that clocks measure or detect or warn us about. You’ve had it all wrong. You saw the present as a night between two days, one illumed by the glare of hindsight, the other distorted by the mirage of dreams and expectations. Seeing the leaves quiver in the breeze you realize the only true light is the flickering candle of NOW floating down a switchback, away from one abyss and toward another, casting its measly glow on no one knows what. Before and Later are funhouse distortions that make the room look bigger. The room is tiny. Everyone else is playing make believe in a closet. You don’t have to. Look at the lotus pods. Now.

With the indifference of sages they regard you, their eyes dilated by the same deliriant coursing through your veins: a hallucinogen called Life. How to account for its high esteem despite a 100% mortality rate and side-effects too numerous to list? No accounting for taste. Those freaks who worship it, who want to find more in space should come here. This is what they’re excited about? How is it more fascinating or sacred or deserving of study than granite or helium?

Or Nothing. How do we explain our ultimate ancestor? Awake from your dogmatic slumber. Pace before globular muses. Squeeze your head to prevent an eruption. These thoughts can’t fit in the cheap Tupperware of language. Will they spoil if not preserved? Is the resultant poison lethal?

Maybe you should board up the windows in back? What if they can see thoughts? What redundant cautions and elaborate rituals will suffice to deflect rays emanating from these violet orbs?

If you can’t hide there’s no reason not to continue your studies indoors, to attain a fresh vantage as a practitioner of the scientific method, to follow in the footsteps of Newton and Darwin. Or are you standing on the shoulders of Faust? 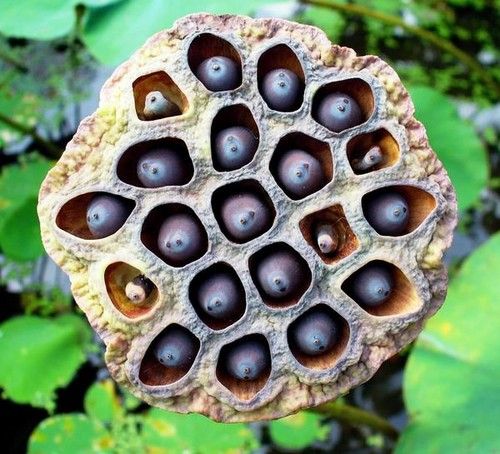 Retrieve two flower pots and a spade from the garage. Your shadow materializes on the side like a cave only you may enter. There’s no little surprise that clawed hands don’t reach through the soil to defend these sentries, unless this is their desire. Ignore the ancient puzzle: you’re free to do what you want but not to want what you want. Like all philosophic riddles its practical upshot is nil. Regardless of which diabolic force entails your behavior, you dig up two with greater caution than a man probing a minefield. Defying your expectations, the Indian Ocean doesn’t geyser from the holes. Nor do the roots wrap around your throat.

With the measured steps of a Flying Wallenda you take them inside and place them on the kitchen table. Do they have any idea how hideous they are? In the garden, their eyes pointed at the house. What would happen if they saw each other? Place a trembling hand on each pot. Prepare to turn them, to magnify their cognition to the level of omniscience. Medusa, meet Medusa.

But arranged like this you won’t see what they see. There is one way to partake of their Objective view. Remove the mirror in the living room and drag it upstairs. Position it across from the one in your bedroom. Put a tower speaker between them. Place the pods on it back to back, the eyes of each facing opposite mirrors.

Poke your head between the mirrors. Look Ptolemy, look into the Hubble telescope. Not all infinite regresses display fractal beauty. See the multi-eyed serpent coil through anfractuous catacombs, all-seeing and self-sustaining.

A blinding bolt of Eureka! cracks the shell of your mind and reveals to the stunned hatchling within a world beyond all wonder. You’ve spent your life solving phantom problems. Why is there anything instead of Nothing? Does creation contain more good than evil? What’s the meaning of Life? These are easy; puerile, even. They’re all explained by …

Your cell plays Low Rider. What if it’s her? Second thoughts could come at any moment. The 100+ plaintive text messages were bound to pay off. Not all women are disgusted by desperation. Exceptions prove the rule. As you reach for your phone your elbow knocks one of the pots. Trying to catch it you fall forward and butt the speaker with your head. You stumble and feel a horrendous crunch under one shoe, then the other. A crevasse rends your soul, hollows you out, leaves a void to be filled with the icy expansion of dread. Your ringtone becomes the Introit of a Requiem. Don’t look down. Run!

You should have gone out the front door and never looked back. Like spotlights on watchtowers they beam at you.

“What? They’re inside. I’m going to plant them in the front yard. It’s too crowded back here. I have a beautiful lawn where they can — Why are you looking at me like that?”

The survivors bear solemn witness to your massacre. With the ominous silence awaiting all things they accuse, judge, condemn. Look at the green and purple guts splattered on your Nikes, alien blood from an all too human weakness. Out damned spot? No earthly water can remove these stains. Fall on your back and remove the murder weapons.

“It was an accident,” you cry, holding a shoe to the heavens like some novice priest after a botched sacrifice. Sap oozes down your forearm, writing a secret map on leathery parchment. Far above, all those chemicals failing to clot in the fathomless reaches of space have no idea how good they have it.

YOU took them to the house. YOU exposed them to risks. Their destruction was not an act of Nature.

Not even Johnny Cochran would have tried that.

“I’m sorry,” you sob, prostrate before the obdurate judges. What sentence will they decree? Maybe in a merciful act of vicarious atonement they’ll smite the rest of the human race in your stead. While gazing into the mirror you should have posed a query about the essence of Justice.

“To beg for mercy is to ask for injustice,” you say, burying your face in the long-neglected lawn. “I won’t add insult to injury. I repent in dust and crabgrass.”

The spade juts from the earth. Stop thinking about questions that could be resolved if you take two more pods and create another oracle. What awaits us, sleep or dreams? Are we the sole attendees of this cosmic masquerade? What are tonight’s Powerball numbers?

“Two pods are a tragedy, four are a statistic.” Your conscience, a ghost ship lost at sea, cannot find the shore. Perhaps there isn’t one.

Banned from Wikipedia! Was that you, Big Pharma, makers of Tryposoothe? It’s nothing but a new-fangled benzo, as if the off-patent ones wouldn’t have worked. For shame.

The Mushroom of Consciousness