Great Irish Writers with Polish Names (GIWWPN) Awards Petronius Jablonski their Genius Fellowship Grant “not for previous art but as an investment in his future.” In 2017 they nominated Mount Silenus: A Vertical  Odyssey of Extraordinary Peril for novel of the year. 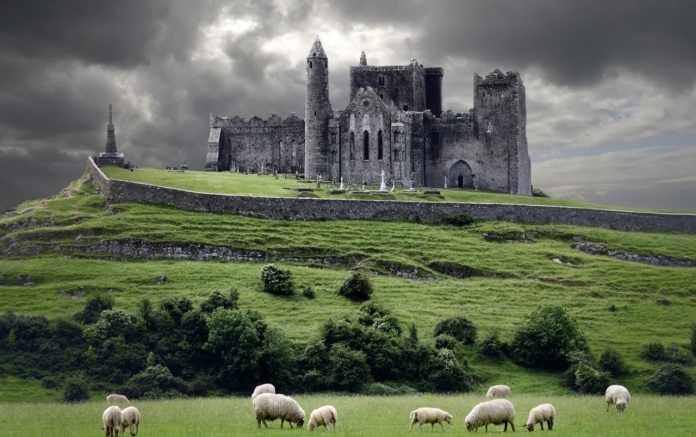 Petronius Jablonski adopted his pen-name while undercover with the Sentinels of the Chandelier. His exposé of this modern cult with roots in ancient Greece was released as Schrodinger’s Dachshund to avoid punitive legal measures and worse. He regrets his nom de plume insofar as it discloses the true source of his literary excellence. In celebration of this prestigious award, plug in, pass out, and discover it’s clovers all the way down.

“Employs secrets and intrigue as a driving, page-turning force. Jablonski injects a sense of immediacy and intensity in the story by using sparse description that suggests more than it tells.” Publishers Weekly

The Irish Tymes: You’ve said your ethnic-sounding name has subjected you to racism. How can you tell it’s not directed at the man who exposed the Sentinels of the Chandelier? Who else would go out of there way to insult an author of literary fiction?

PJ: I’m not a mind reader. I don’t posit motivations beyond what the evidence warrants. I’ve deleted dozens of ghastly, heartbreaking comments from my blog, one from a “Polish homosexual” who tried to “give his girlfriend a b_____ b.” He sought advice on the proper technique. Another left an interesting comment about one of the paradoxes in Annals. I complimented his thoughtful analysis. After a scholarly exchange, he asked if it was true the Poles didn’t discover sex until the twelfth-century, having reproduced by raiding warthog litters before then. This is hate. It chills the blood. It’s changed my view of  human nature and the focus of my writing.

The Irish Tymes: It’s like you changed your identity to avoid one type of hate only to exchange it for another.

PJ: I understand the attacks from the Sentinels of the Chandelier. I know why security guards resent murderous caricatures.  Expecting any other response would be naive, functionally illiterate of how people behave. But to target a man because of a Polish-sounding name is to hate an abstraction; it’s like detesting a Platonic form. I’m baffled by this. I was corresponding with someone I thought was a Polish fan. He wrote that he was going to Rome for a vacation. Following his adventures wasn’t what I’d call exciting, but I was happy for him. Then he wrote that he became so intoxicated he kissed his wife and beat the Pope’s foot to a pulp with a shovel.

PJ: So he was a thief and a bigot. It was a cruel thing to do. Why does my misfortune bring another joy? That should be the fundamental question of Psychology.

The Irish Tymes: Does it seem like your Genius Grant is good karma coming back to you?

PJ: Until I question the concept of karma. I’ve heard of delayed gratification but this is ridiculous. I spent much of 1993 – 2015 writing The Annals because it’s the book I’d want on a desert island. I wrote it for me. This isn’t some prescriptive declaration for other writers (quite the contrary). The idea that I deserved something for my efforts is philosophically incoherent. I’m ecstatic that GIWWPN saw enough potential in my writing to justify a generous grant. Three agents devoted years of their lives to this book. One threatened to go on a hunger strike to avoid changes an editor wanted. I’m proud to have elicited noble sentiments in others.

The Irish Tymes: Are you obligated to write something, or do they simply hand you the check?

PJ: I can’t confirm this, but I’ve heard they run background checks for evidence of “Writing OCD.” They want the writer who couldn’t stop if you put a gun to his head. Throwing money at him might have interesting results. Instead of writing and reading twelve hours a day, I’ll be shooting for twenty. The grant is a means of enabling Irish writers with serious addictions.

The Irish Tymes: How bad (or should I say good) is your Writing OCD?

PJ: Schrodinger’s Dachshund went through a thousand drafts. I’m not exaggerating. Every word was the subject of lengthy debate or violent conflict. Civil warfare scorched my soul. At one point it was fourteen-hundred pages. I went many months without sleep sketching that strange land, developing an ontology to accommodate the physics and mythology. The whole damn thing was a compulsion, like I’d been chosen to write it and phobic of telling it the wrong way. Writing novels is like filming Fitzcarraldo.

The Irish Tymes: Was it worth it? Publishers Weekly raved.

PJ: I struggle with the coherence of free will. The question is a category error if I had no choice. I haven’t been able to live like a normal man since it was published. I’m not rich. I’ll never fully recover from the years spent thinking of nothing else. I’m still in shock and fear I always will be. Some blocks of time are so vivid, so blindingly bright and real it’s impossible to distinguish between Now and Then. The past is not the past if it never recedes. That it occurred before the present is a trivial property, accidental and irrelevant to the sovereignty it wields. The rest of my life feels dreamlike by comparison. 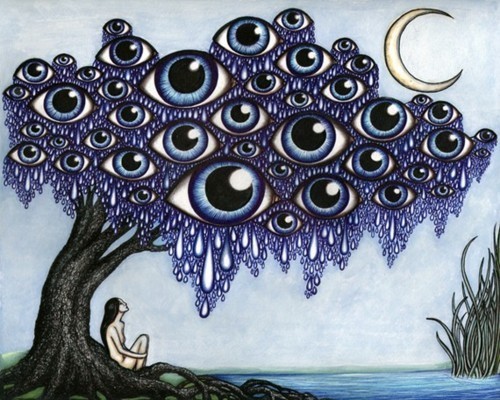 The Irish Tymes: Can you talk about the lawsuit with Tryposoothe?

The Irish Tymes: It’s an unsubstantiated rumor of course. One of the big pharmaceutical companies is suing you for defaming a product they haven’t yet released, a treatment for Trypophobia.

PJ: Name an unpleasant feature of human existence that couldn’t be improved — in the short term — with a benzodiazepine. This is science? This is medicine? And I didn’t defame their beloved Xanax Junior, Tryposoothe. I merely suggested an alternative explanation on Wikipedia and it went bye-bye down the memory hole. Here’s the consensus of the experts: unless you’re whistling contentedly in a cubicle you’re insane and need potent brain drugs every day for the remainder of your life. 85% of the population is “mentally ill” as of last week. Don’t question this or you’re an anti-science loon!

The Irish Tymes: I’ve actually heard estimates as high as 25%, but they qualify it into oblivion. Your next novel, The Sweetness of Honey, deals with mental illness and homelessness. What kind of research did you do?

The Irish Tymes: I wouldn’t assume you made it up out of whole cloth.

PJ: Of course not. And you’d never just ask, “Has that ever happened to you? Is that what happened after the mountain fiasco, or while hiding out from the cult? Isn’t that the central theme of Annals? I don’t want to tell tales out of school, but some people say …”

The Irish Tymes: One early review says it’s the most distinctive novel of the twenty-first century, prophetically dealing with tribalism, madness, and redemption from nihilism. 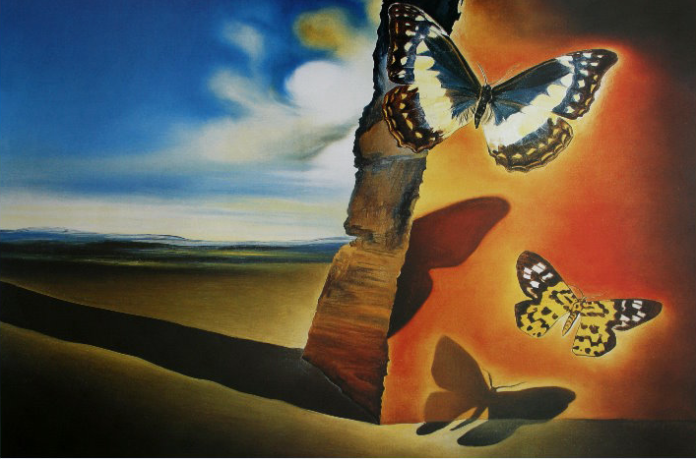 An Odyssey of Historic Proportions and Priceless Treasure of Philosophy