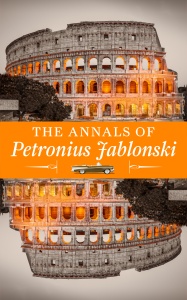 Jablonski’s writing “employs secrets and intrigue as a driving, page-turning force. … [He] is able to inject a sense of immediacy and intensity in the story by using sparse description that suggests more than it tells. An engaging narrative.”  Publishers Weekly

When his classic Pontiac is abducted by a deity who lives in the depths of Lake Michigan, Petronius Jablonski is offered Enlightenment in compensation. To obtain it he must decipher the coded features of an odyssey. He neglects to share these minor details with his longsuffering girlfriend, Sandy, who accompanies him. Home-schooled by an eccentric father, Petronius holds the modern world in contempt, the demise of polytheism and eighteenth century English in general, the plague of democracy and “internets” in particular.

Despairing of his ability to understand the journey and rarely paying attention, he engages the Reader’s assistance. His propensity for digressions complicates the search for a solution while making a mockery of first person narration. He anticipates absurd questions and adds chapters in response, he accuses the Reader of being smitten with Sandy and makes her less attractive, and he revolutionizes Western thought [sic] with the paradigm-shattering contributions of Petronius’ Shovel©, Petronius’ Blender©, the Mushroom of Consciousness©, Schadenfreude Before-the-Fact©, Quietude©, and Petronius’ Garage©, each exceeding in momentousness Occam’s dull Razor, Plato’s much-ballyhooed Cave, Aristotle’s overrated Golden Mean, and Russel’s leaky Teapot.

As he subjects the Reader to increasingly demanding prerequisites it becomes clear he is wandering the remorseless hinterland between genius and madness, which raises questions about the accuracy of his chronicle. Sandy’s terrified warning that he’s behaving like his tragic father elicits rage: “What Cato did, and Addison approved, cannot be wrong.” But is Petronius a victim of ancestral fate or wisdom? What if Truth is poison? Perhaps a big sedan is more precious than “enlightenment.” 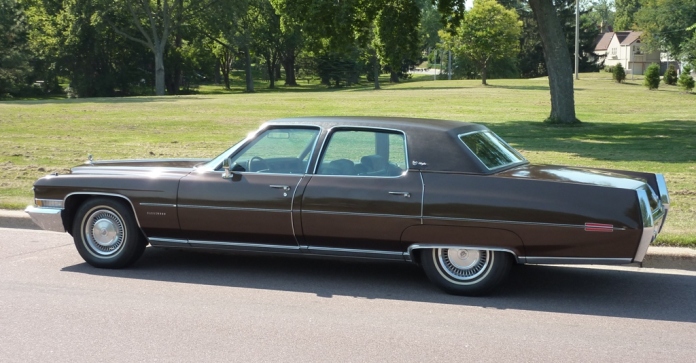 The history of this novel would bring comfort to John Kennedy Toole, Job, and Sophocles. Three agents tried to sell it. One lost his mind sparring with illiterate editors and depraved accounting departments. Then the Sentinels of the Chandelier blocked a Kindle deal. Further hardships will be interpreted as Divine intervention, deserved.