In response to disproportionate (and frankly disturbing) interest in Serial Killers Who Worked Security, the most popular entry on this site, consider a case study: the phenomenology of a Security Guard in Existential turmoil, the clinical description of what we’ve come to suspect. Based on a true story. 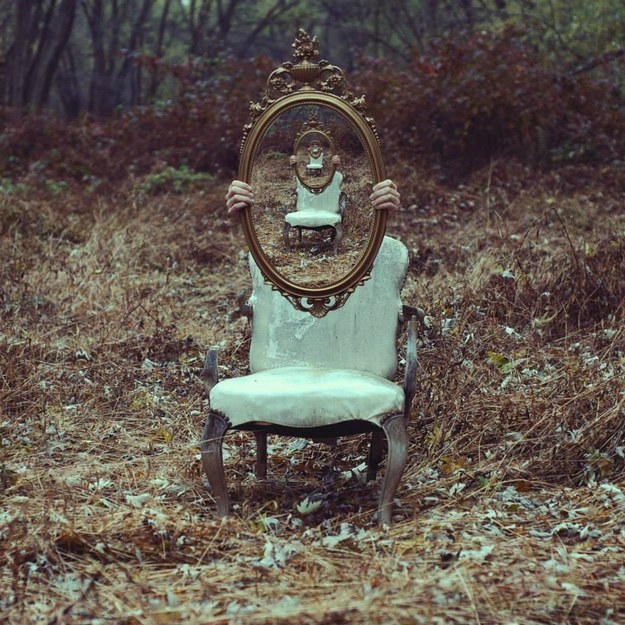 Are we the sum of our sensations, or the remainder when they’re subtracted?

If a zoologist from another planet studied Alex Jitney, the milky pallor and nondescript features might instigate regrets that humans aren’t reptilian. Despite acknowledging that hair once enabled our drab but vicious species to exert pheromonal influences by trapping body scents, it would soon focus on the rich tapestries of the Rainbow Boa-constrictor and Peninsular Rock Agama. The field guide would recommend visiting the deserts and rain-forests while proceeding with extreme caution on this woebegone planet of apes.

If Alex shared his shift with other workers, the uniform dangling from his angular frame might initiate questions about his ability to defend Lodestar’s Shipping and Receiving Center in the dead of night. “He can’t be here for deterrence,” they’d whisper. “What could he deter?”

At 2:11 A.M. Alex steps over the red beam of a motion detector and walks down rows of brown boxes in a  cavernous room, lost in thoughts of Security, pondering its essence: Why did Petrosian lose to Bobby Fischer? How could Karpov lose to Kasparov? Defense is superior to offense. A state of equilibrium smiles upon those who work to maintain it, not those who rupture its static pattern with aggression.

He removes the pineapple from two pieces of chicken pizza before eating them. Love the sin, hate the sinner. After lunch he clasps his hands behind his head and props his feet on the windowsill to enjoy the harmony of silence. But there is no such thing. The illogical pattern of the herringbone wall across the street is louder than any stereo, more offensive than swastikas. He closes his eyes and a parade barges across the space between his ears: a list of prime numbers separated by two, the sweet aftertaste of fruit, the sound of a car backfiring, the stretch of a full bladder.

Unknown is whether “Alex” is the sum of these impressions or the remainder when they’re subtracted. Time spent alone, rare and awkward moments when he’s  not thinking about chess send him searching for a mysterious being called the self. It’s like looking for a shadow with a spotlight. The commotion and chitchat must hide this from first and second shift. Are they lucky or deluded or both?

What are we, and Why, and Where — you wouldn’t think to ask such questions in a crowded office. And there’s no screaming silence to those queries when everyone’s talking about the Packers. Quiet time spent in solitude, paradoxical potion, familiar friend and dreaded torture, its company attracts and repels, revives and kills, and creates addicts of some who hate it.

While Alex turns an abstract painting on the wall  around so only its non-chaotic backside is visible, a green silhouette like Nosferatu with a beer gut appears in the window and points a trembling finger at him. Alex checks his watch. Contrary to the trite expression, there is no crack of dawn. A dirty yellow growth will soon spread across the horizon like fungus on chocolate cake, devouring  the delicate textures of the night.

He removes a silver pendant from his neck. You don’t need to check it again. You’ve checked it twelve times since the start of your shift. He opens it and extracts a tiny scroll. Such elegant and simple premises. So harmoniously the conclusion flows from them like a river filled by lesser tributaries. No wonder it’s never been found. Everyone expects something dense and convoluted.

He puts the pendant back and doesn’t hear voices in the street. For all their rage and urgency they could just as well be the croaks of bullfrogs, differing only  by degree. When crimson guts spill from the belly of the night, he watches for his relief, for the 2003 Saturn stirring up clouds of dust like some chariot riding out of a whirlwind. Watchmen, sentinels of the remorseless hinterland between dusk and morn, priests of the rosary beading all the days, keepers of the promise that renewal comes with dawn, are they not warriors?

Watchman and the Mystery Box